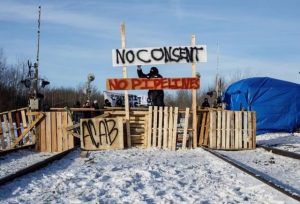 (Windsor, ON) – It has been two weeks since the commencement of the rail blockades across the nation. Since that time, Via Rail has cancelled more than 500 passenger trains and has now announced the layoff of approximately 1000 workers. This is an unprecedented situation according to Via Rail’s president and CEO, Cynthia Garneau.

CN Rail has also cancelled more than 400 trains keeping a significant portion of the network at a standstill. This issue is creating severe problems for public services, Canadian businesses, workers and their families.

Canadian Manufacturers and Exporters CEO Dennis Darby stated that an estimated $425 million in goods are stranded daily as a result of the blockades. He suggested layoffs could find their way into the branches of Canada’s supply chain as well. Simona Zar, Supply Chain Canada’s director of industry affairs and public policy stated that each day of continued disruption in the railway freight distribution system will require three to four days for the supply chain to recover.

While shipping material via truck is an option, the national shortage of trucks and drivers will only further compound the distribution problem. If this situation is not resolved quickly, a disruption in the supply chain is inevitable.

The Windsor-Essex region known for its ‘just in time’ manufacturing will be significantly impacted if this issue is prolonged and may lead to layoffs further down the supply chain. This blockade is further compounding the disruption in the supply chain due to the Coronavirus. Therefore, the Windsor-Essex Regional Chamber of Commerce urges the Government of Canada to swiftly find an amicable solution. We urge both sides to resolve the matter to mitigate the impact on our nation’s economy.