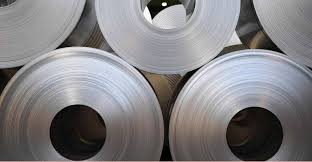 Almost a year ago, amidst negotiations for a new North American free-trade agreement, the United States imposed tariffs on Canadian steel and aluminum. U.S. President Trump claimed that the tariffs on aluminum and steel were put in place to target foreign countries’ trade practices that are harming American companies and leading to the loss of jobs.

Canada has long been the largest buyer of U.S. steel with over $18 billion of steel being traded between the two countries annually. The U.S. is also the largest buyer of Canadian aluminum with 84 percent of the product being exported to Americans annually and approximately $15 billion of the metal being traded between the two countries every year (Global Affairs, CBC).

The tariffs put onto Canadian steel and aluminum by the U.S., and the subsequent retaliatory tariffs put forth by Canada against American steel and aluminum, had an adverse effect on both nations’ economies due to significant job loss on both sides. Instead of the U.S. profiting from these tariffs, nations such as China, Japan, Thailand, and Taiwan were able to reap the benefits as their steel and aluminum became hugely sought after due to its significantly lower price point (Mercatus). This has placed a strain on U.S. – Canadian trade relations as the neighbouring nations have long been important allies and significant trading partners.

It is the first time in 15 years that the U.S. has had a steel trade deficit with Canada as exports to the nation were reduced by 9% following the tariff’s implementation. If the steel and aluminum tariffs had not been lifted, it had the potential of costing the U.S. 400,000 jobs and a loss of $37 billion in GDP. This potential consequence to the US economy is entirely contradictory to what the US administration had hoped to accomplish by administering these protectionism tariffs onto foreign aluminum and steel.

In Windsor-Essex, many local businesses have had their profits negatively impacted by the tariffs due to increasing costs and loss of investments. CEO Barry Zekelman of Zekelman Industries stated that the U.S. tariffs were costing his company an astounding $10 million a quarter, while costing Canada’s steel industry as a whole more than $1 billion since the tariffs were put in place (Windsor Star).  Jonathon Azzopardi, CEO of LAVAL Tool and Die, had expressed the hardships faced by local industries due to the high tariffs, “The tariffs put a lot of pressure on the bottom line for the [Mold, Tool, Die, and Machining] sector and this puts Canada at a disadvantage [as it] put a lot of investments on hold.”

Catherine Cobden, president of the Canadian Steel Producers Association, had expressed her appreciation for how integrated Windsor’s steel industry is with the U.S.’ auto industry as Windsor is a border city. She stated that the high tariffs imposed on Canadian steel had temporarily halted that integrated relationship which put a strain on our trade experience (Windsor Star).

With the recent news of the United States removing their previously imposed tariffs on Canadian steel and aluminum, Canada has also lifted the retaliatory countermeasures against the U.S. With the uncertainty of the tariffs now removed, organizations are free to move forward with plans that had been placed on hold. The lifting of the tariffs will also restore many jobs in the Canadian steel industry.

The Windsor- Essex Regional Chamber of Commerce has been actively advocating for the elimination of the Tariffs. Through several meetings, round tables, and one-on-one meetings with key decision makers, the Chamber has highlighted the disadvantages the tariffs have created for both Canadian and US companies. Thankfully better sense has prevailed and the tariffs have been removed. Unfortunately, both Canadian and US based companies had to pay the price. Going forward, both the Canadian and US government would be better served by acknowledging the strongly integrated economies of the two countries and be extra careful when imposing sanctions on each other. Clearly, in this case the benefactor was neither the United States nor Canada but countries outside of North America. As we move forward we need to be unified and strong to take on the world.